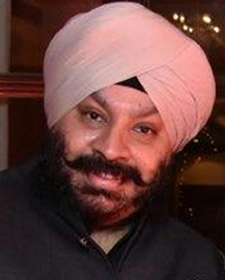 Mr. Mandeep Singh Kakar, born in Canada , is a Canadian citizen , graduate from Delhi University and MBA from Pepperdine University USA. He has been associated with "BMK Group" since 1997 which was founded by his father Mr. Balbir Singh Kakar in India in 1989.

The BMK Group is engaged in hospitality sector , also in infrastructure primarily in group housing project. The Group has promoted “The Bristol Hotel" , the first 5 star deluxe hotel of Haryana ,“ The Acura BMK “ a Four star hotel located at Rajiv Chwok Gurgaon and "The BMK ” a budget hotel in Greater Kailash , New Delhi. Recently BMK Group has launched a luxury residential project by the name of “Maple Leaf Towers” in Amritsar which is just 10 Minutes Drive from Golden Temple .

The Group also has plan to enter into IT & Education sector as one of the group company has purchased 15 acres of Land from the Greater Noida Authority for establishment of IT Project, likewise another group company “ BMK Education and Medical Private Limited has purchased more than 7.5 crore of Land in Karnal ( Haryana ) for setting up of Education institution .