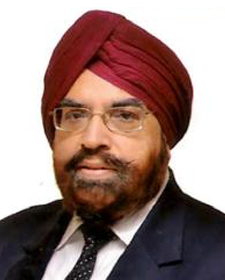 Mr. Balbir Singh Kakar-a commerce graduate from Delhi university 1963, started his carrier with American MNC "Johnson & Johnson", where he worked for 5-6 years, later he migrated to Canada in 1969, pursued business studies and entered into the business of real estate in 1975.

He owned and managed various Residential and Commericial projects in the "USA and Canada". In Canada his real estate investments were in residential and commercial Projects. His main projects were in Edmonton- Alberta, Guelph, Kitchener, London, Brantford, Ottawa in Ontario, Prince George, Kamploops in BC etc. In the U.S.A, his office was in Denver, Colorado which controlled his investments in Denver , Omaha and in Maryland.

Foundation of BMK Group in India

His loyalty and love towards his country inspired him to come back to India in 1983, he started his first residential project, "Surya Vihar" – a group housing colony consisting of 600 apartments in Gurgaon, later on he entered in the hospitality sector by launching his first mid -priced hotel under the brand name of "Bright Star Inn” at Greater Kailash, New Delhi, presently known as "The BMK Hotel". A few years later, in 1997 he launched the first five-star

deluxe hotel of Haryana by the name of "The Bristol Hotel" which is pressently a landmark in Gurgaon and in the year 2008 he opened another business hotel "Ramada Gurgaon" under brand collaboration with "Ramada Hotels International", which presently known as "The Acura BMK" Hotel. He further extended his business activities by entering into real estate developments through his different group companies which is now widely known as "The BMK Group". Recently BMK Group launched a luxury residential project by the name of "Maple Leaf Towers" in Amritsar is just 10 minutes drive from Golden Temple. Presently he is acting as advisor to "The BMK Group" which is being managed by his family.